It was late September and we three were in our usual haunt, chasing the wapiti. We had been following a bugling bull since daylight but not getting closer. We heard some brush cracking so we separated hoping to cow call a bull in. I could hear Rob cow calling but we could not see each other.

I saw a patch of brown coming through the brush and immediately thought elk. But then I realized elk do not have long tails. It was a cougar! I had ranged a tree in front of me at 25 yds and as luck would have it the cat stopped at that tree and the arrow was on its way. At the arrow’s contact the cat screamed, I mean really screamed! Until this point in time Rob and Tim had no knowledge of the cat’s presence. Now they knew!!

The hit was a little high, breaking the shoulder blade and severing the spine but not killing him. In trying to get away he was dragging himself on his front quarters. Right towards me! I don’t think he was charging me but was just trying to get away. A few feet from me he veered off and died in a seep about 10 ft from me. I had shot him a second time but can’t say I remember doing so! 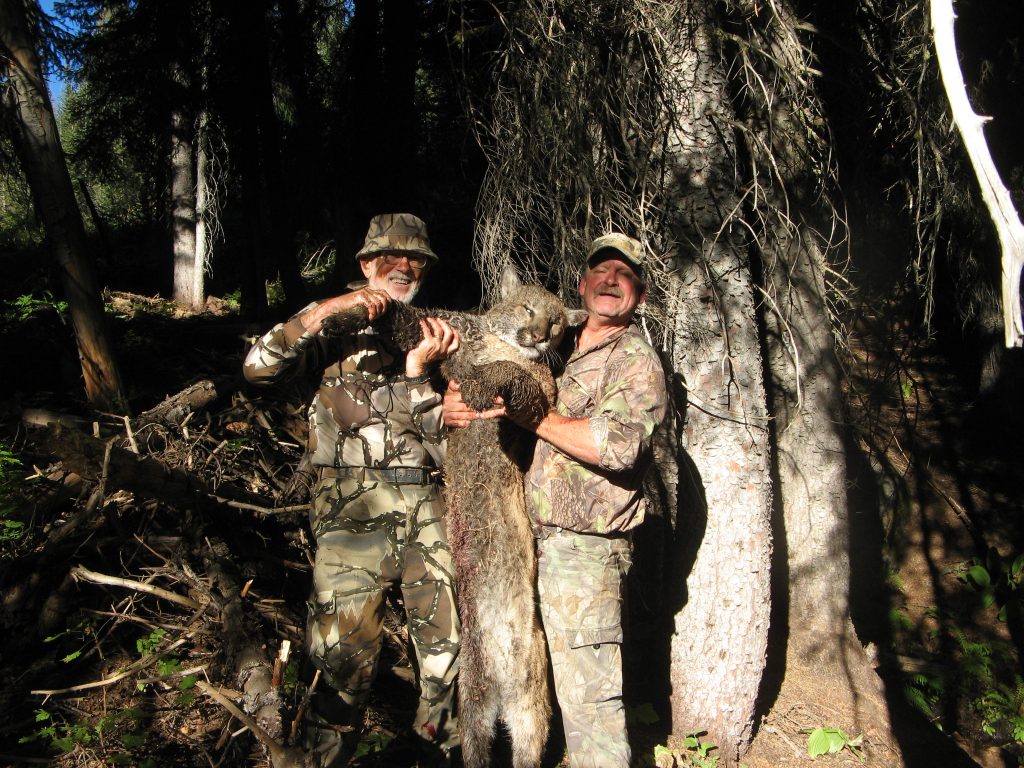 Remember we couldn’t see each other? Rob started calling for me,”Larry are you ok, Larry are you ok” I wasn’t about to answer until I knew for sure the cat was dead! Now I answered that I was ok.

Rob is fond of telling everyone that I was shaking so hard my hat was about to fall off!! Rob is a story teller so I’m not so sure of this story! Hopefully, he attended som ELK calling seminars this year!